A dose of inspiration for those looking to decorate their home in this soft and dreamy style. No need to upscale anything here, we've got you covered with a range of characterful, shabby chic picture frames.

Frame your art using a shabby chic frame to add character to your walls and art. They make an affordable, non-permanent feature piece, allowing you to play around with styles and moods without breaking the bank.

What's more, thanks to our range of aged mouldings, you dont need to dedicate an entire afternoon to upscaling old frames.

Most frames in the shabby chic range feature a distressed appearance, designed to mimic years of wear and tear. They're also warm and welcoming as opposed to stark, which is why they're mostly cream and ivory in colour, rather than pure white. This subtle change in colour enhances the aged look. 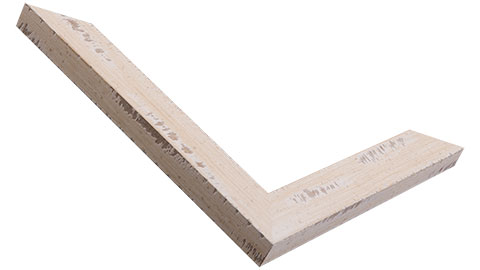 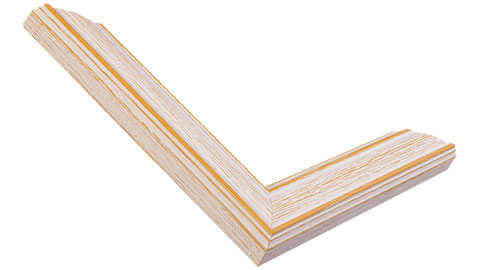 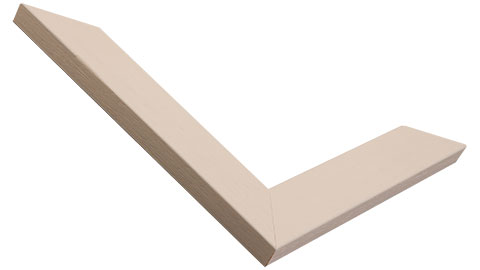 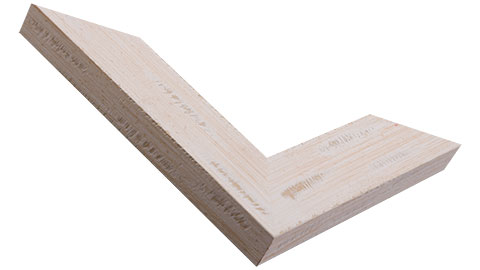 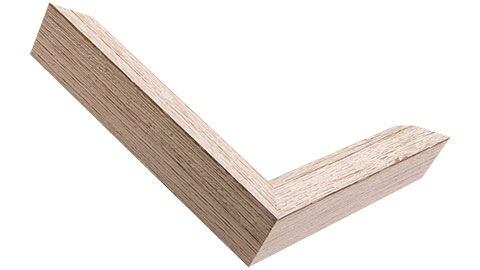 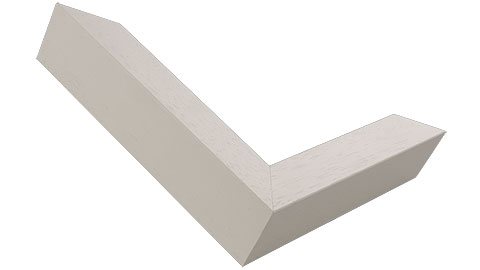 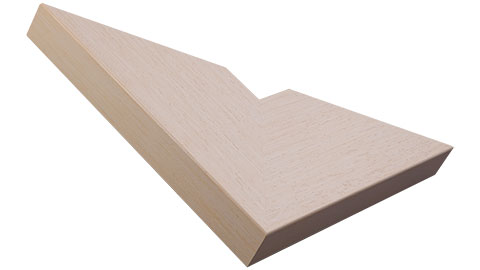 "For a sophisticated take on shabby chic, stick to a palette of off-white and cream, adding white-washed and distressed wood for interest."

Every home deserves a touch of luxury, right? Shabby chic aficionados might argue otherwise, but we think antique and champagne golds can hold their own here and are a classy way to add some striking finishing touches. 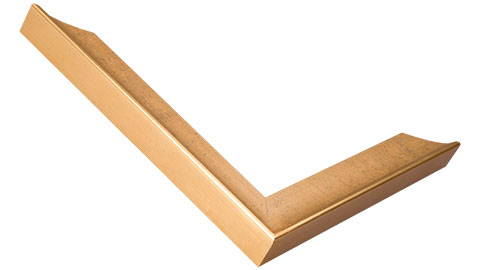 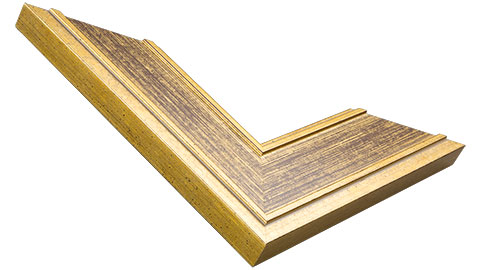 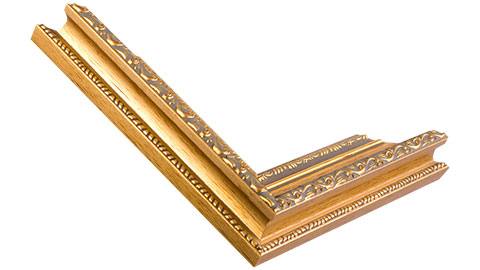 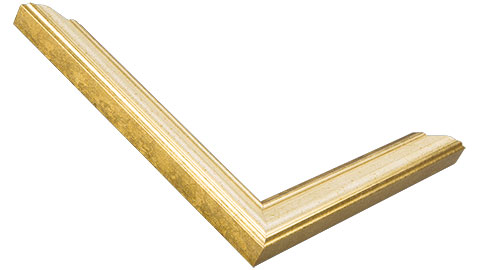 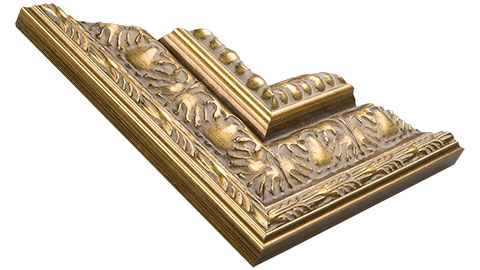 "Golds accentuate nicely the shabby chic style. They are so opposite - one purposefully fancy, the other purposefully humble."

French grey and black have their part to play too and often feature prominently in many shabby chic interiors. With their rustic charm, these gorgeous frames help to add some contrast in what might otherwise be an overwhelmingly white and cream room. 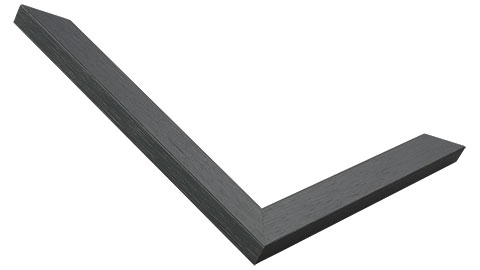 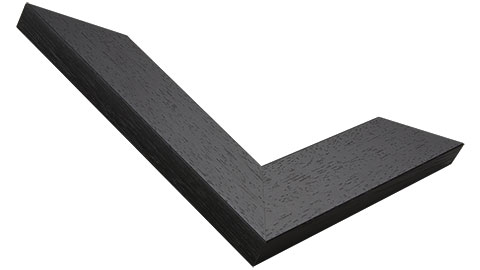 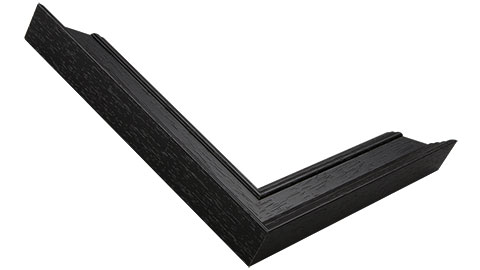 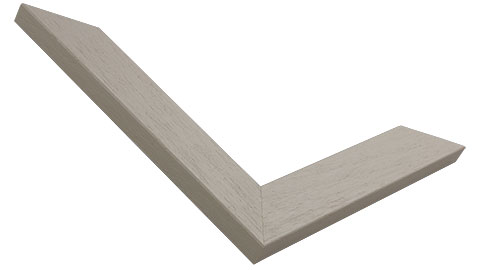 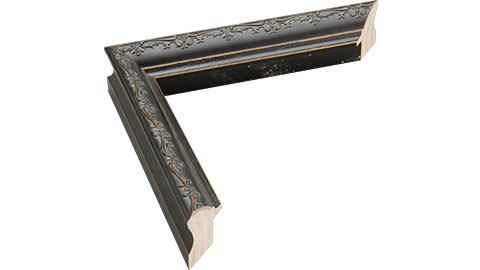 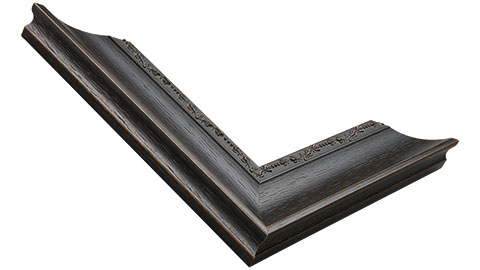 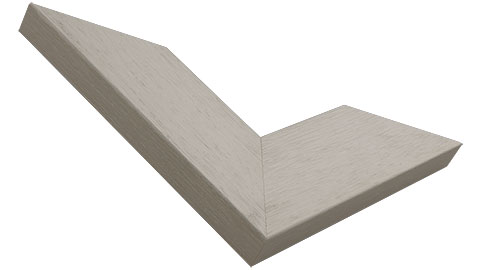 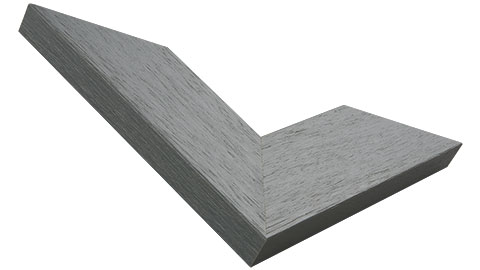 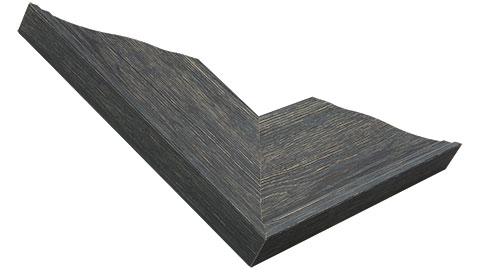 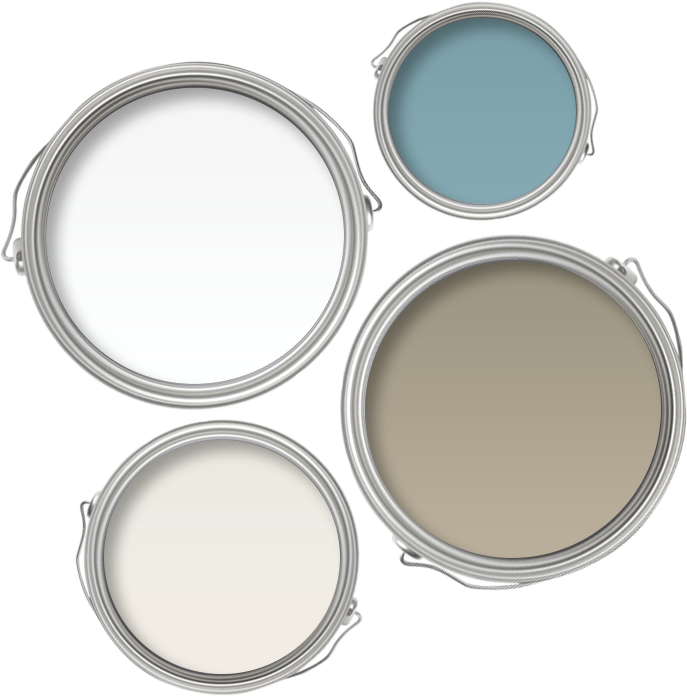 A quintessential shabby chic interior makes extensive use of off-white, cream and ivory. Try to stay clear of pure white as it can sometimes appear too modern against the backdrop worn antique accessories.

For a more colourful take, try using soft pinks, pastel blues and faded greens to bring some life to your designs without appearing overwhelming.

Soft faded materials and fresh flowers lend a peaceful, quiet air whilst salvaged wooden furniture, a patterned table lamp and white candles add relaxed glamour. Framed art can be created at home using odd bits and materials from shops like The Works. Think along the lines of a cross stitch (you can get some beautiful kits online) or a DIY photo collage.

The art form of Shabby Chic typically consists of items which have been worn by father time, it could be an image of a derelict house or an ageing accessory like a chest of draws. Alternatively, the premise of Shabby Chic may conjure up the image of an old bicycle decomposing. If you go authentic, you could even purchase a piece of artwork which has been moulded and affected by the passage of time, thus framing it to preserve the artwork.

Floral paintings remain a fundamental part of the shabby chic movement, floral designs will work nicely within any of our shabby chic picture frames. King and McGaw provide a range of wonderful floral prints which would enhance any home. 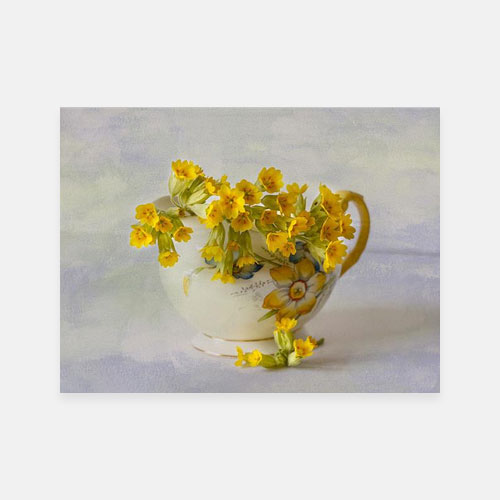 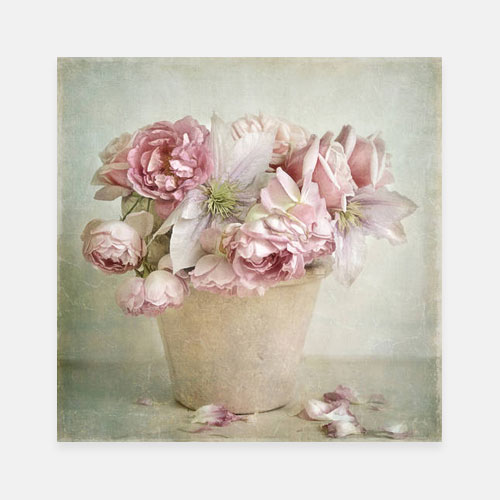 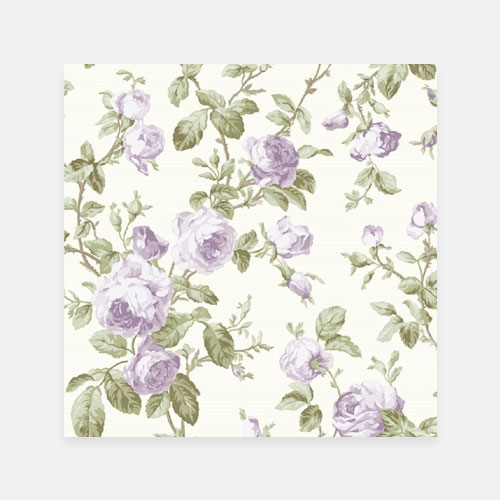 Cross stitch is part of the sewing family, it is currently enjoying an almighty resurgence at the moment. It is a form of counted thread embroidery in which x shaped stiches in a tiled, raster-like pattern are used to create a picture. The art of cross stitch is one of the oldest types of embroidery which traces back to the middle ages. It is a popular pass time for many individuals and offers you the chance to frame your own creations, or buy a ready-made piece from a respected crafter. 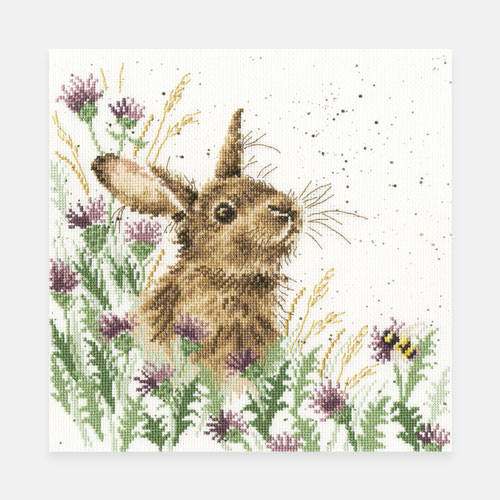 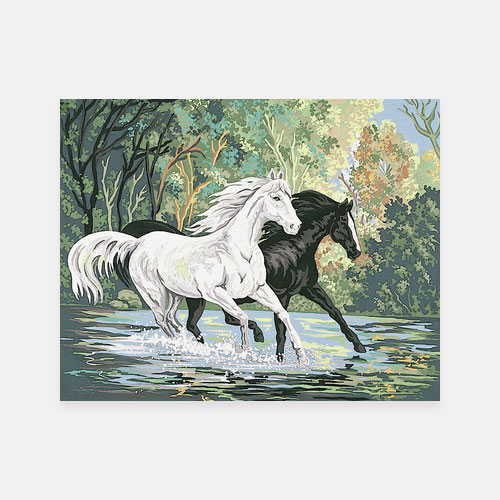 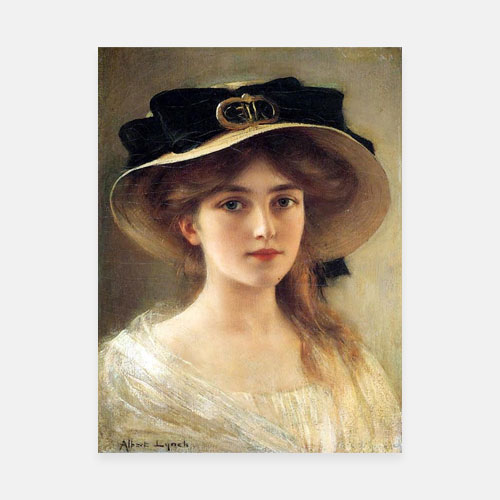 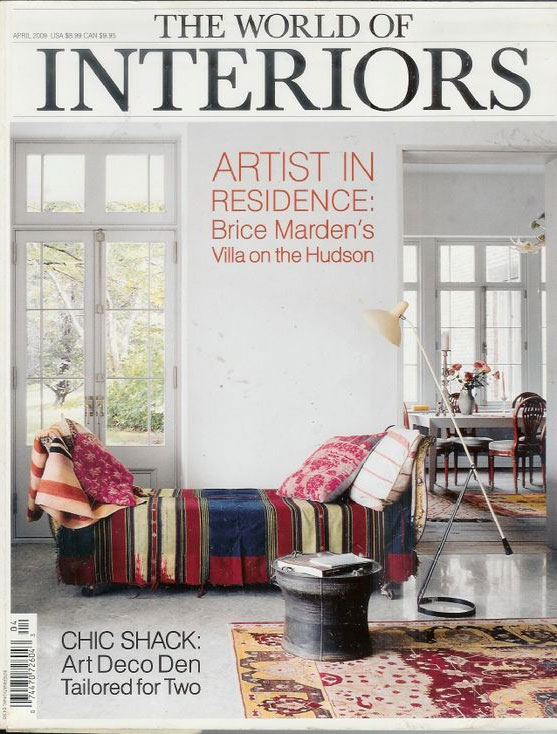 Shabby Chic is one of the most popular interior design trends in the world today. It was first coined by "World of Interiors" magazine in the 1980s, finding its origins in Great Britain.

The style was heavily adopted by the Americans and became extremely popular in the United States during the 1990s. During this time vintage floral patterns with pastel colors, or linen in earth tones all became typical of the trend.