Tim is based in Manchester and works both in the UK and internationally with many large respected clients, and has received awards for his commercial and advertising work. 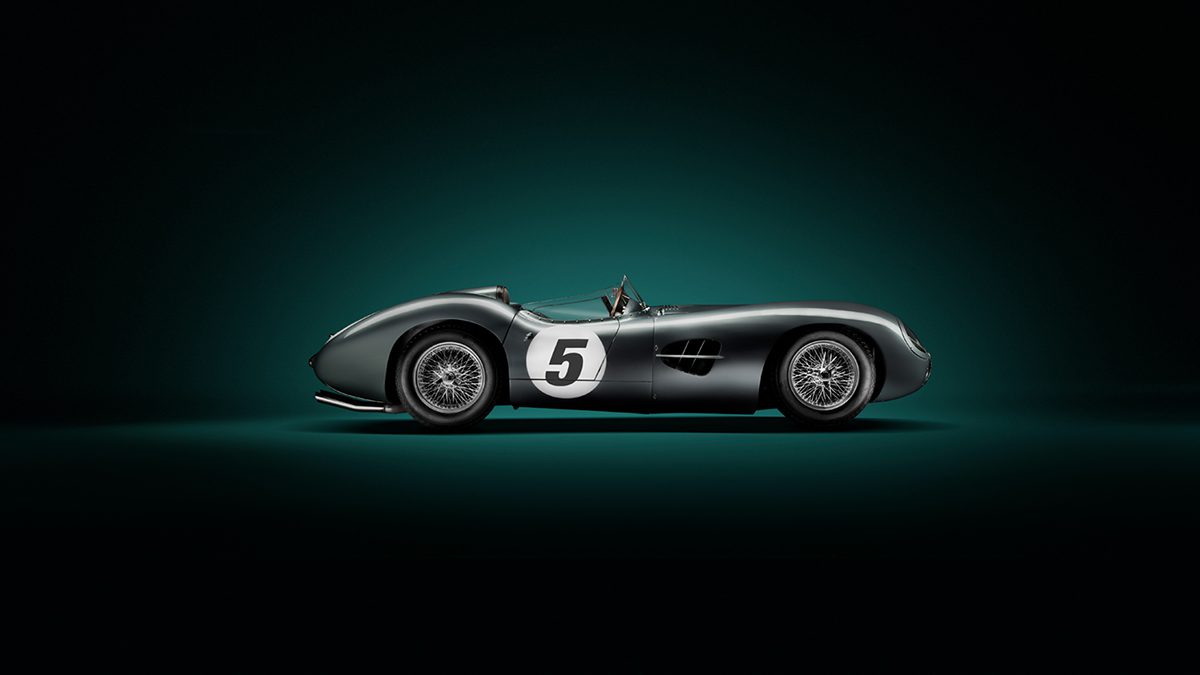 Renowned automotive photographer Tim Wallace spoke to us for just under two hours to discuss all things about his life, career and passions. In this extract from Tim he discusses his some of his more general learnings. If you would like to discover Tim’s top ten tips regarding photography, click here.

There is no sort of magic route, there is nothing that you can just touch on or hit on, or you suddenly do work for them and it all explodes. It doesn’t really work like that and there are several reasons for that. It is a gradual burn, it’s not going to happen overnight, you’ve got to build it up. When I was getting prepared to start the business I didn’t even know how to do anything on Photoshop, so I opened that up and thought my god! How the hell am I going to… I’ve just taught myself Photoshop. I’m in the states last week at an Adobe conference teaching Adobe people Photoshop! And it’s like how bizarre… 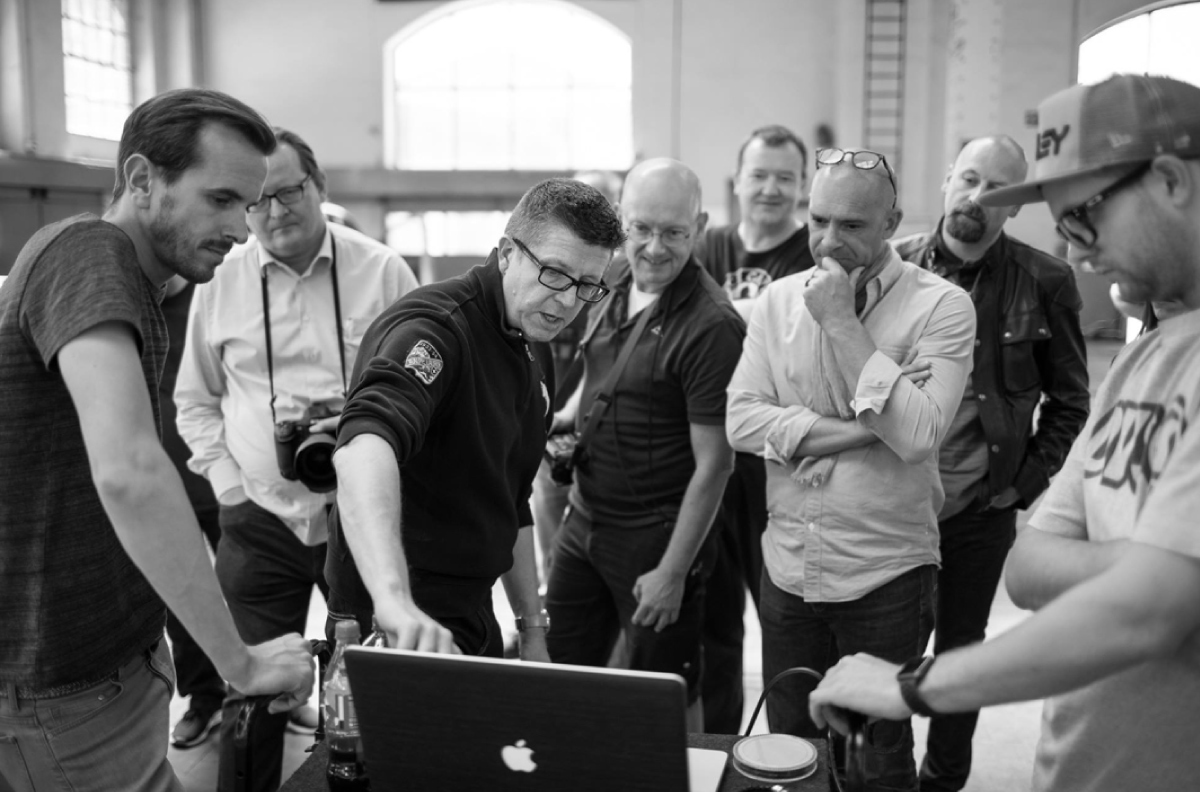 The first few years were a learning curve for me in virtually every way. About how to hone my craft and how to light, and how to light in all sorts of different circumstances. I had to learn to get work in and how to quote, and it’s a bit of a minefield, but you have to go through that experience and it’s a bit like riding a bike. I could give you a pile of books on how the bike was made, invented, developed, built, everything, and it could be 6 foot high this pile of books and you could spend two years reading them… But when you get on a bike at the end of it guess what’s going to happen? You’re going to fall off! My policy in life for everything is not to read the book on anything and just get on the bike.

Lighting is key, once you’ve learned to use your camera, I use a Hasselblad or Nikon, but I change my settings on both so they mirror each other, therefore I know the front wheel and the back wheel do exactly the same thing so I don’t even think about it. I will often use my camera without even thinking about it… i.e (like) riding a bike.

Your lighting is what you need to learn and I would suggest that you don’t need massive amounts of equipment to do that, start with one light and the best one to start with is the sun, and learn how that works. Learn how you can position stuff and learn how to shoot directly into the sun and how that has an effect on this, and that has an effect on that. And do all the things that people say you can’t do to find out why you shouldn’t do it, or maybe they said you can’t do it because they couldn’t get it to work for them but you can get to work for you. And then start getting lights, I bought one light then I bought two and now I have got a massive equipment room full of gear. That’s not because I’m a gear freak, it’s just built over the years from what I need. But learn lighting, lighting is not something that will come to you in a week, and you can’t sit on YouTube and watch how to do it. You’ve got to do it, it’s really important but if you can light, if you can understand how light works, then you can make it work for you. And if you can make light work for you then you can literally shoot anything in any circumstance.

For example, I wanted to do a shot of this model stood on the centre part of the back of a yacht, and I wanted to shoot with the sun coming straight through the mast and straight into the camera, so I used a pro photo twin head. It’s one single flash head, but it’s attached to two batteries, so the cable splits of into two batteries, meaning you can shoot at twice the power. Both packs are on full power, so that’s 2400 watts straight into a flash, which is like proper Hiroshima type, you can feel that go off, in fact you can even smell it when it goes off! I’ve also got what you call a magnum dish which is like a reflector dish which focuses it forward and I’m bobbing up and down on a tender on the back of the yacht trying to get to the centre whilst the sea is moving us around obviously… Everything is in complete silhouette because of the sun and I’ve got a couple of people from Pro Photo and Hasselblad who are with me because they are trying to film a behind the scenes feature.

They are going “this isn’t going to work, it’s not gonna work, you can’t do that” and I’m literally using this direct straight in and the team are still going “it’s going to be too hard, it’s not gonna work, it’s not gonna work”. The Hasselblad wouldn’t even focus… It can’t focus on anything, therefore I’m manually focusing and everything else. I do three shots, the first one I’m too far to the right, the middle one is great, and the last one I’m too far to the left… But the middle one was spot on and it looks like beautifully soft light and pretty much didn’t need a massive amount of retouching at all. The reason it’s soft even though you go in at 2400 watts direct straight in you’re balancing what’s coming straight at you in the opposite direction. So, it shouldn’t work, but it does work and that’s the thing with lighting. Unless you try it, you’re never really going to learn! 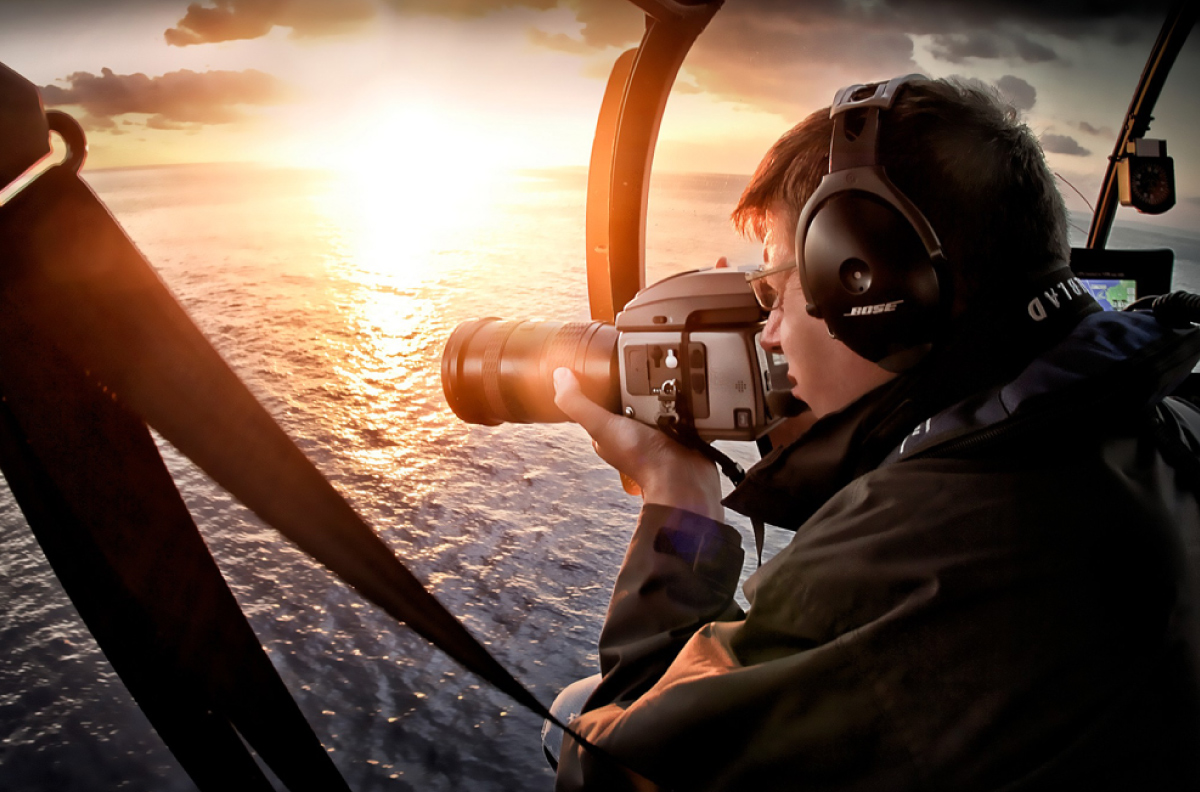 This is being 100% honest because I’m really down to earth and open when it comes to this kind of stuff because there’s no point in giving people advice that’s not on the mark and that’s just all fluffy, because fluffy advice doesn’t really help anyone. A client doesn’t really give a damn about your pictures, they really don’t… You have to see it from their point of view, they might have a 200k budget to shoot a campaign. They need to know you’re going to do it, they need to know you’re going to give them the results, you know? So they have brand guidelines for their company, and maybe they come to you because your style is very close to their brand guidelines, and then you’ve shot in their niche area that their business sits in and you do it consistently, then it means that percentage chance of you carrying this off to the level and the quality they want is high. Therefore, they will start having a conversation with you. they’re not looking at your work and going “oh look at that, that’s brilliant”, they’re not. All they’re seeing is that you’re a safe bet because if you turn up on the day, or you go in studio for a week and you make a complete hash of it, not only do they need to completely redo it, but that’s the budget blown, someone is going to get their balls kicked over that! 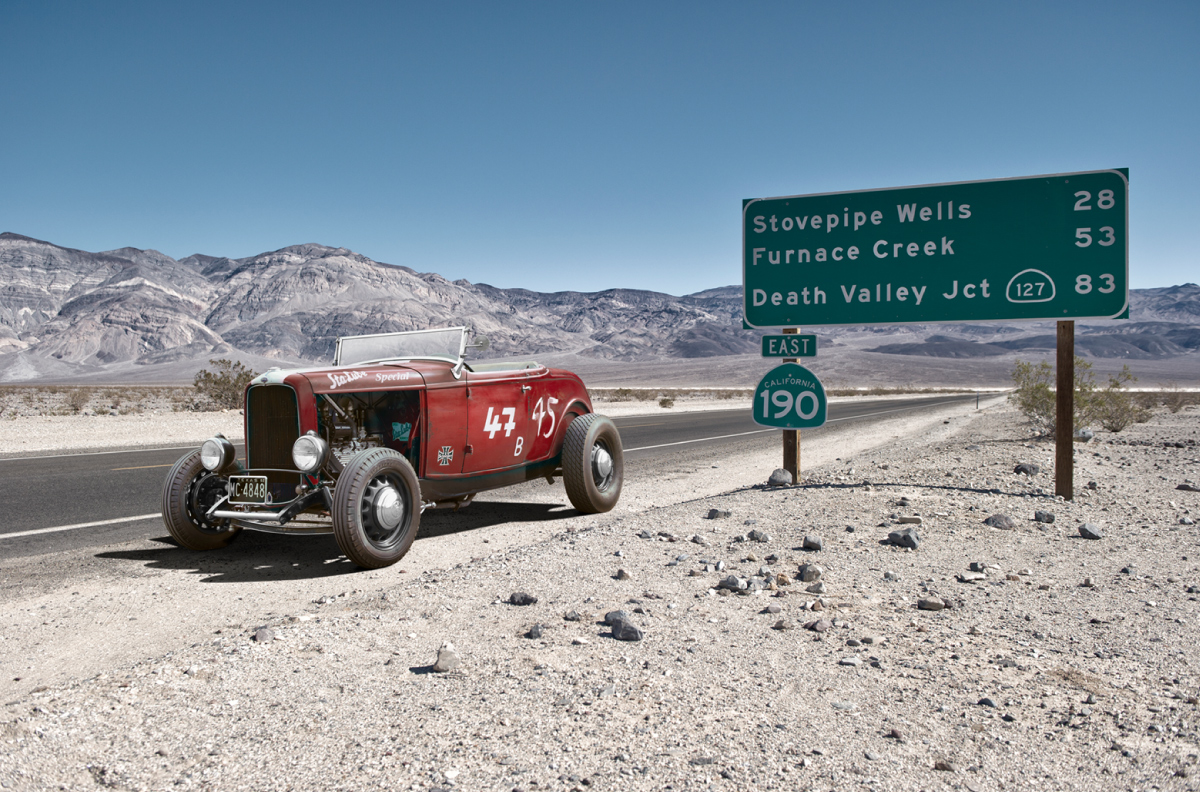 I give my all with every client no matter what level they are, so in the case of McLaren, there was an image that wasn’t in the brief and it was shot from the rear of the car and it’s got the doors up and its completely silhouetted and it looks a bit like an Angel. And I just did it because we had the time to do it, I made sure we had the time to do it and I did it, and it was my own idea to do it and they went really big on that, they weren’t expecting it, but they got it, it’s just that little bit extra to knock it out the park. Now, literally three weeks later I get the telephone call, can you do a brochure for the new high downforce kit? They are straight back on me again… “Yep I can, right let’s do that!”. 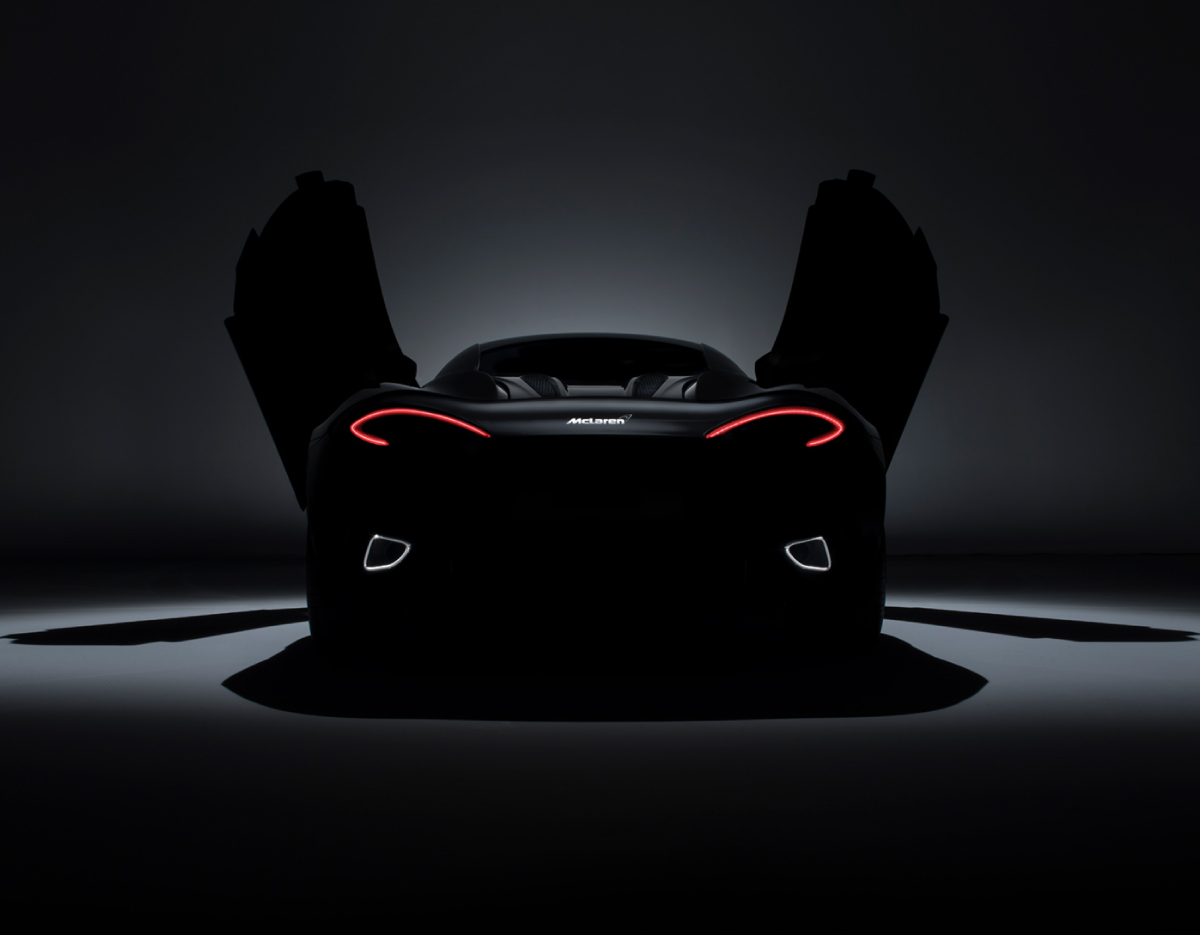 Furthermore, I think I was one of the first people doing what I do to turn the wheels in and that was like 11 years ago. It’s fascinating now if you look at billboards and everything from all over the place, and you think those wheels are turned in!… I wonder if I did that? That’s fantastic though… It’s just a simple change. But, it’s a tiny thing, but in the industry it’s like wow that’s a bit dangerous, we have never done that before! But if you go back post 12-13 years, you’ll not find a car advert where the wheels are turned in… 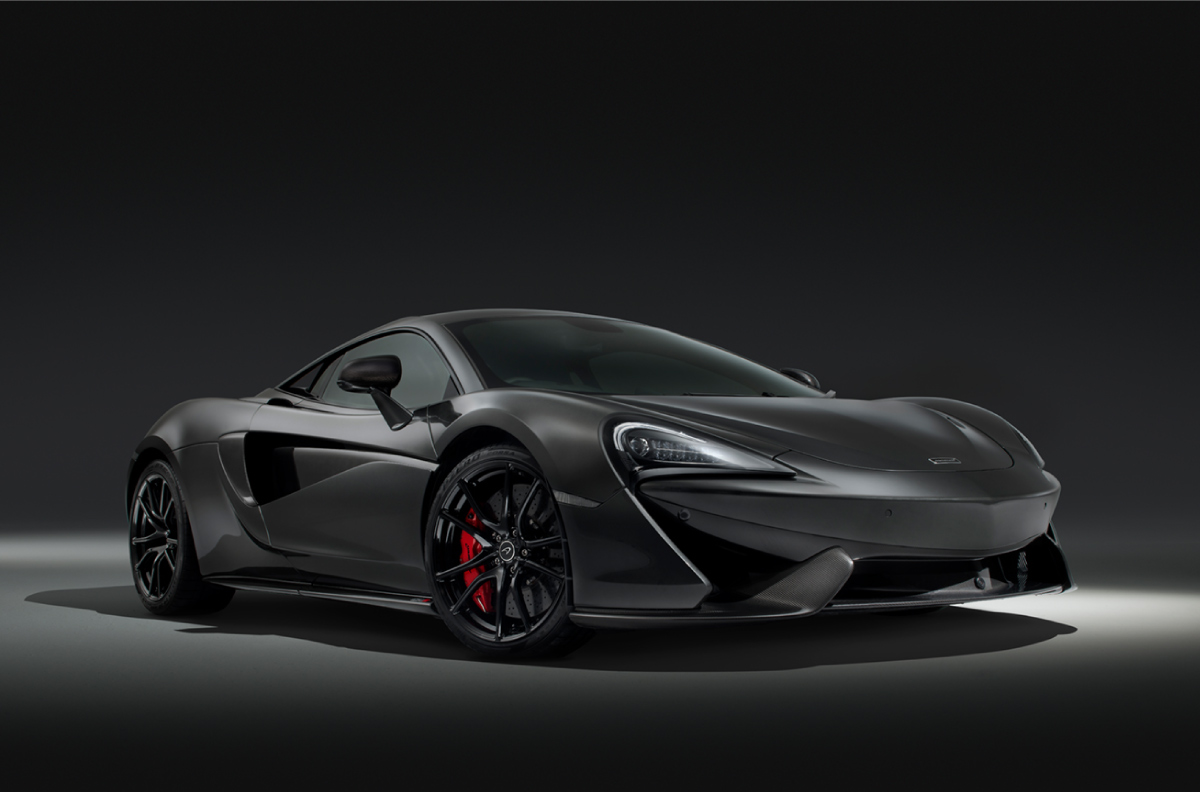 The full Tim Wallace podcast is available on SoundCloud and Spotify

For more information on Tim Wallace visit www.ambientlife.co.uk
Tim has a wealth of in-depth online courses available at members.kelbyone.com/author/twallace/